New York is an excellent pick when it comes to celebrating New Year as it is a concoction of great parties, dinners and an array of fireworks. We have compiled the ideas and places for New Year party in New York that you can visit to have a fun, intimate and unique time with your loved ones.

There are live music performances you can attend, hot cocoa drink outlets to dispense your favorite beverage and cruises to explore an entirely refreshing perspective of celebrations. Watching the Ball drop at the Times Square and spending the moment at the well-lit Central Park are the preferred destinations at New Year’s Eve. 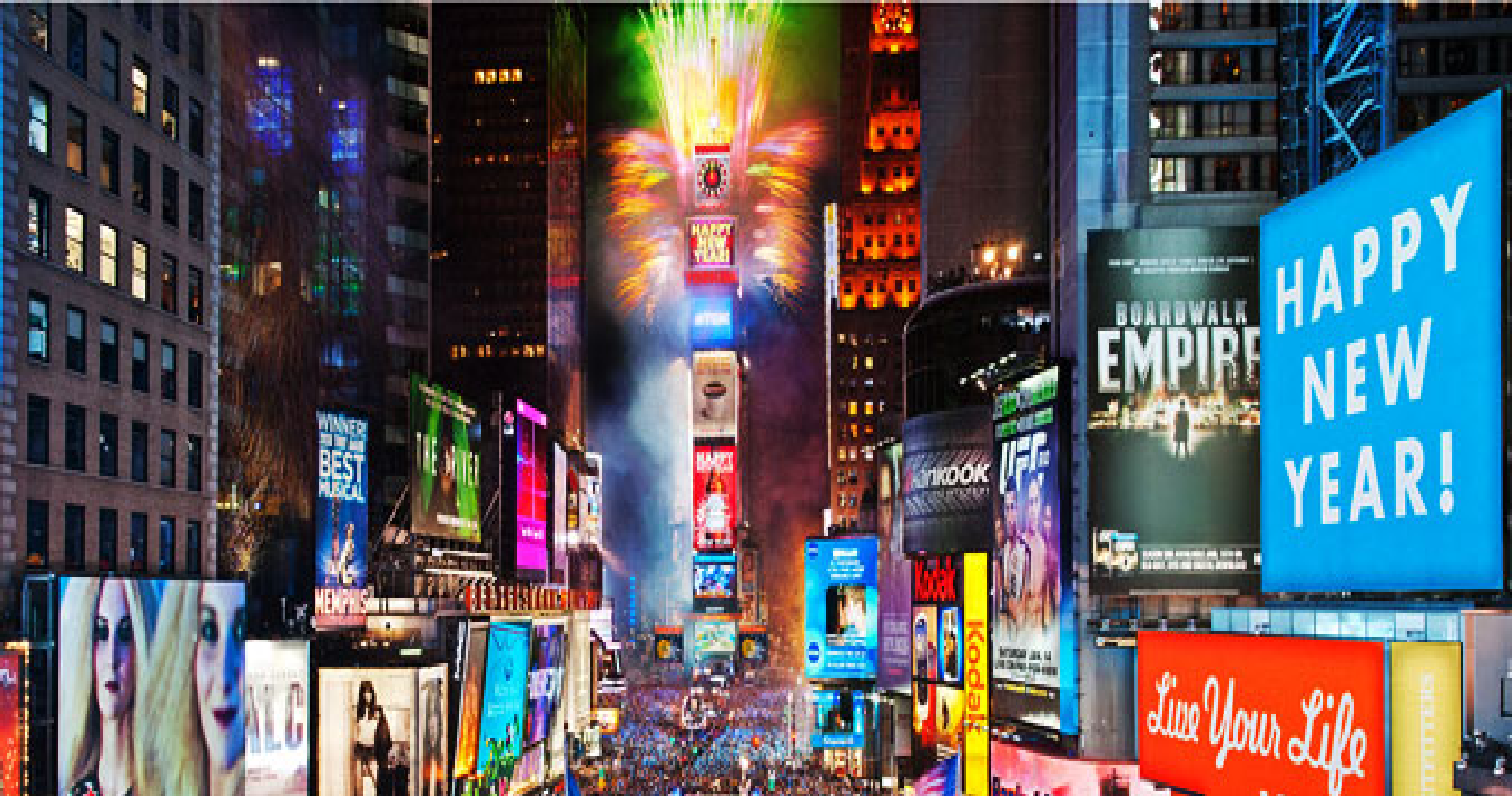 You can be a reveler and enjoy the festivities and ball drop at midnight with over one million other people making the Times Square a fantastic place for a New-Year party in New York.

It seems like a fantasy come true when the Time Ball is unleashed from the roof of ‘One Times Square’ skyscraper at 11.59 ET. It takes 60 seconds to descend the 43 m tall flagpole, marking the New Year, which is followed by several live entertainment performances by musicians and artists. 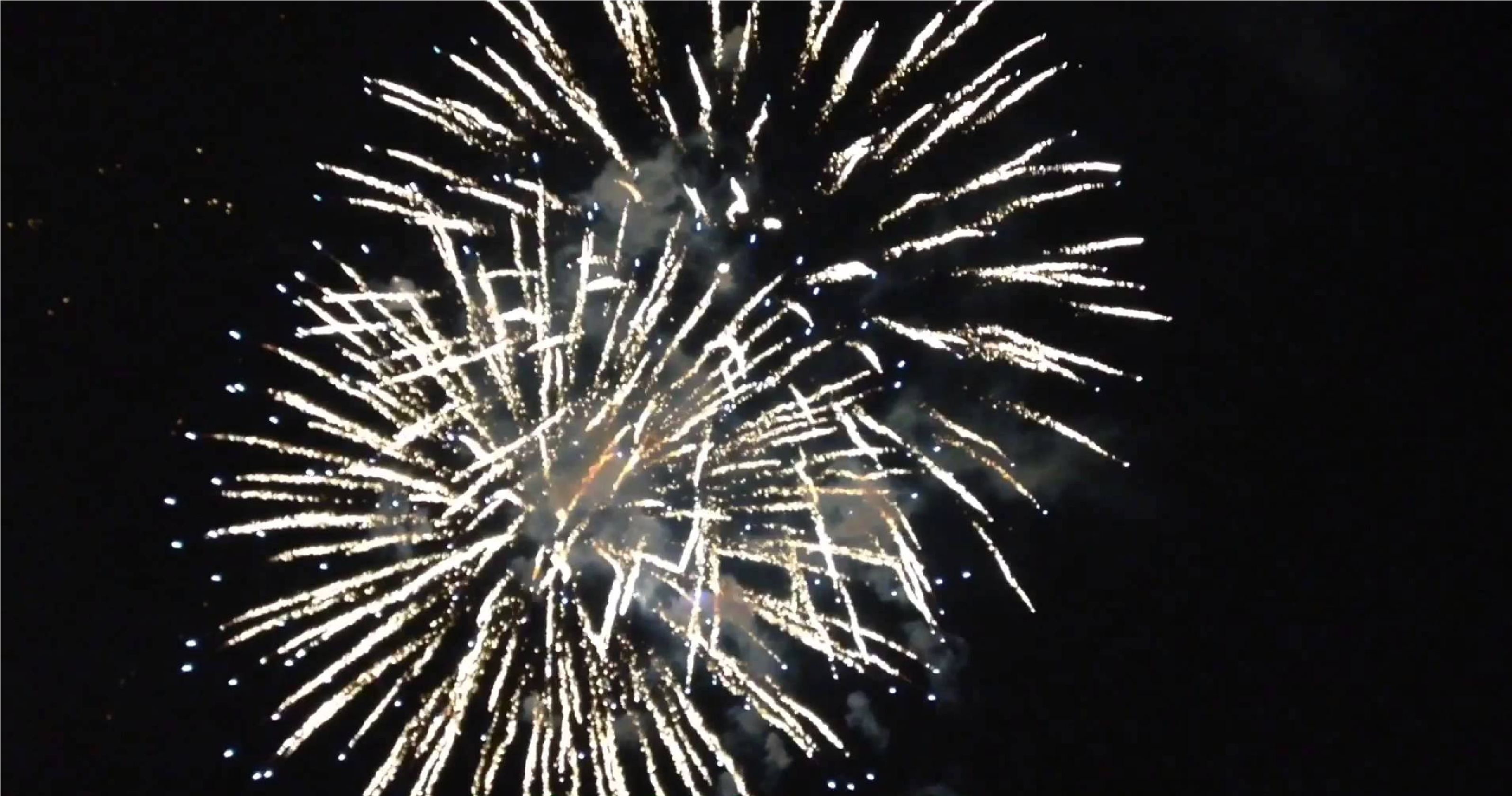 Central Park makes for the second most preferred place for New Year Party in New York if you are reluctant to Ball Drop at Times Square.

You can explicitly hear and watch the fireworks in the dark sky from anywhere in the park. Food & Drink vendors complement the ambiance by serving hot sips and snacks to visitors. 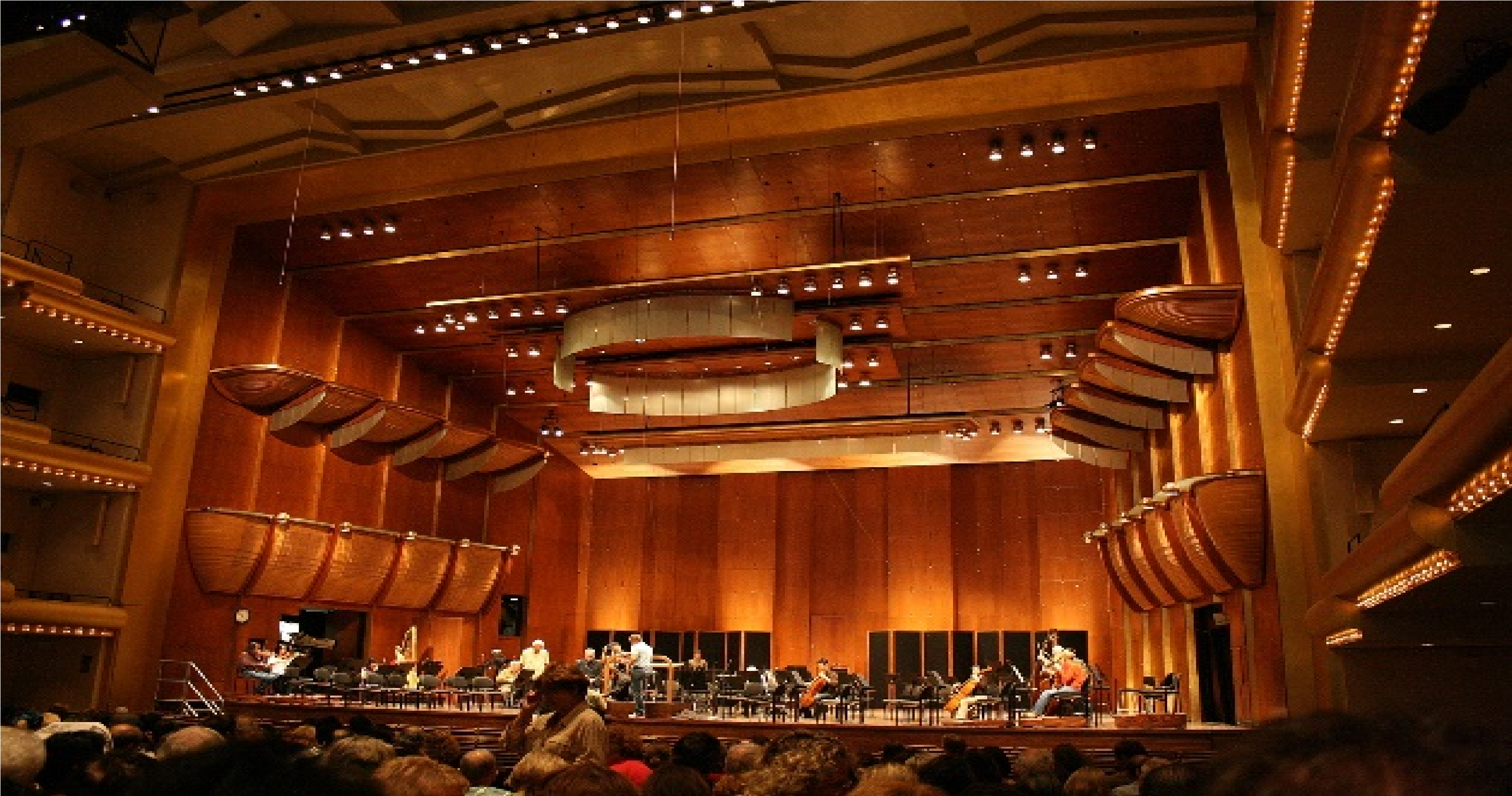 It appears like a dreamland at the New Year’s Eve in New York with all the prominent places lightened and enlivened with loud music, dancing & enjoying people and colorful fireworks.

Philharmonic orchestra performing the New Year Eve Gala at Avery Fisher Hall is the best you can get if you are obsessed with a soulful music. This annual tradition makes the Lincoln Centre the best place for a New-Year party in New York. 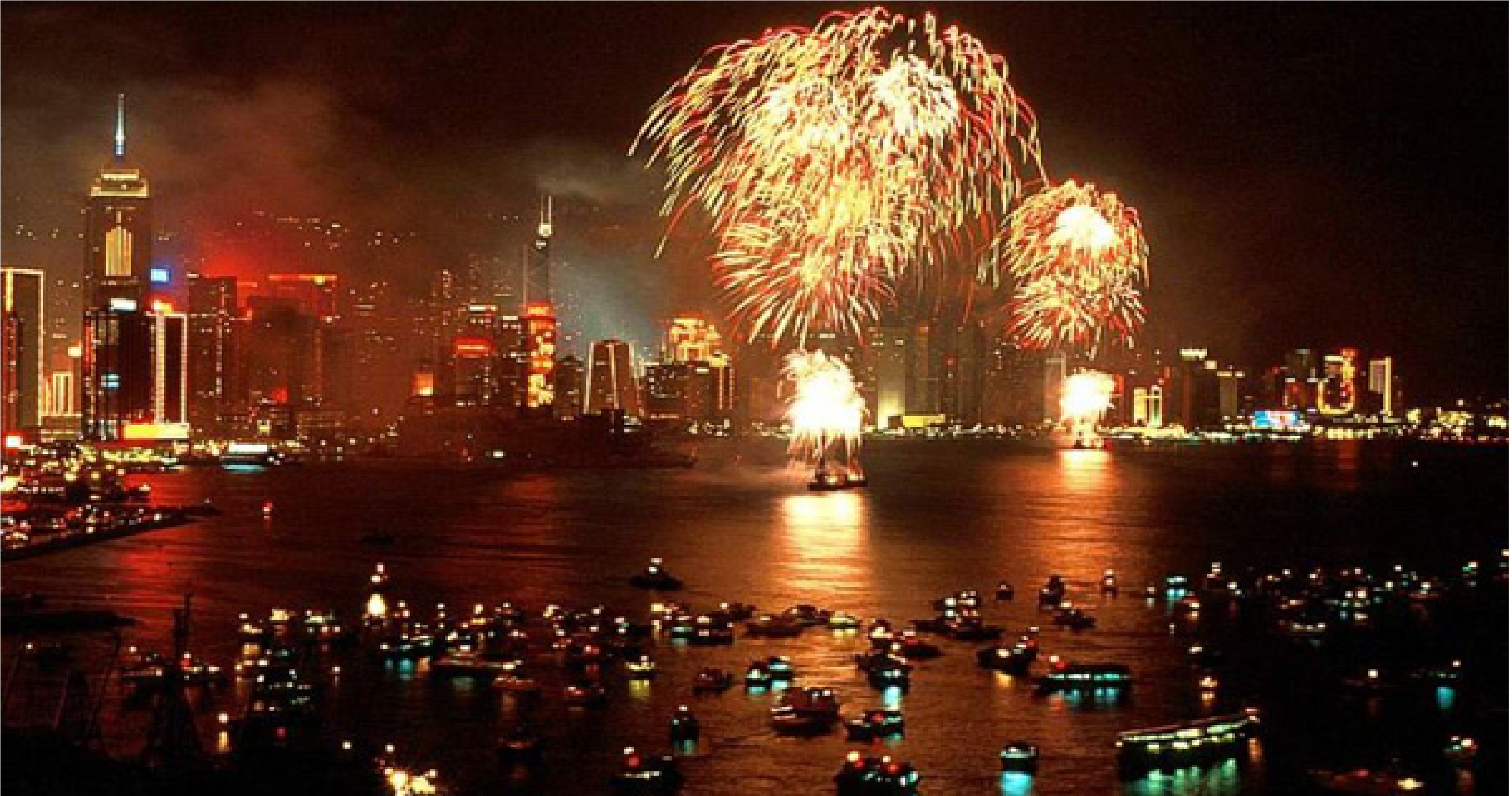 You would want to live it up at New York Harbor spectating the magnificent skyline, breathtaking pyrotechnic display, and partying aboard the boat. You can have the booze cruise or a family-friendly party on this elegant evening.

5. A walk over the Brooklyn Bridge 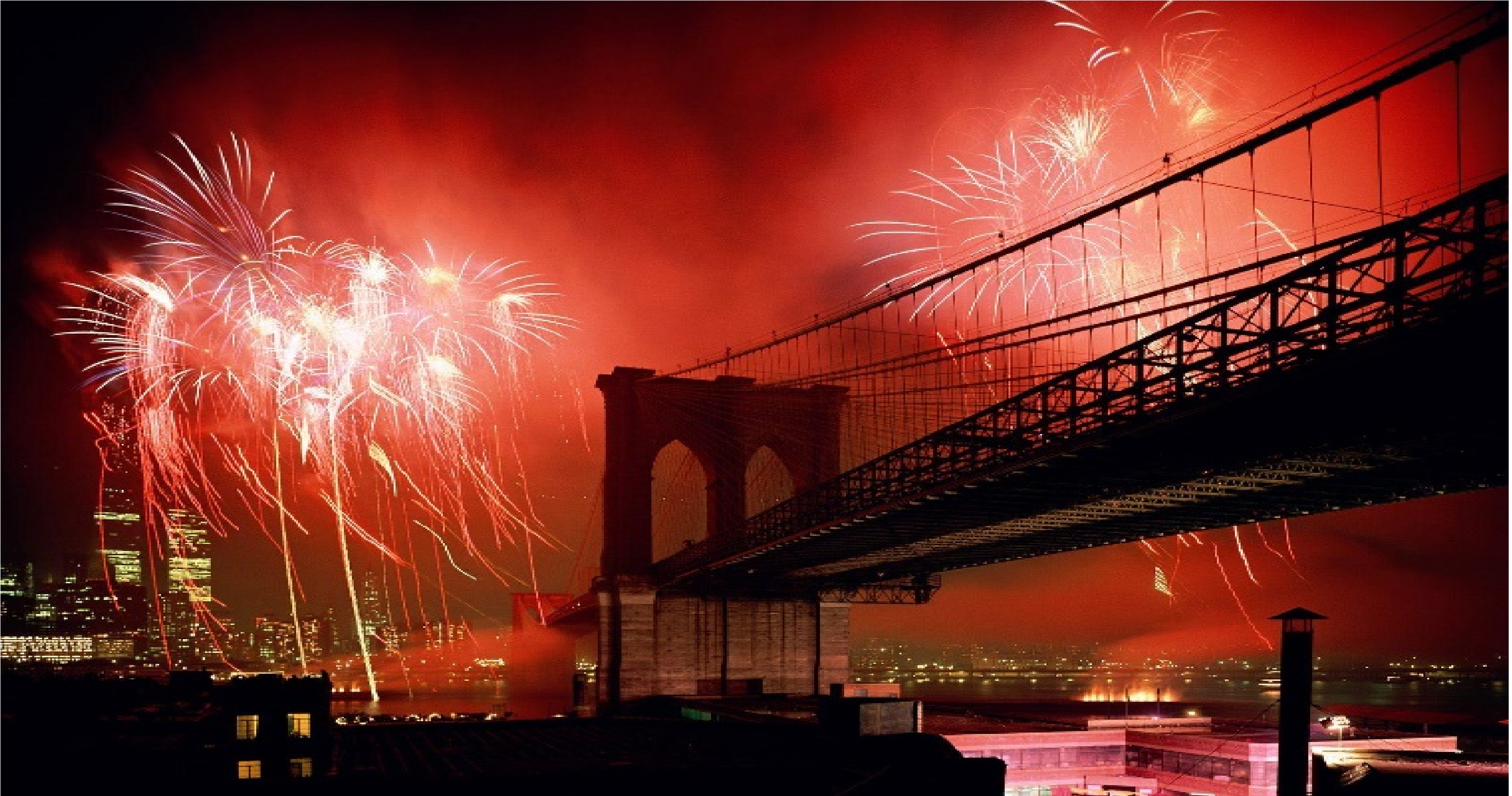 An unusual way to celebrate New Year could be a walk down the Brooklyn Bridge partying and witnessing the amazing series of fireworks at midnight.

It makes for a romantic place for New Year party in New York and also the most economical way- being free to gather at the iconic Brooklyn Bridge- if you are running low on budget. 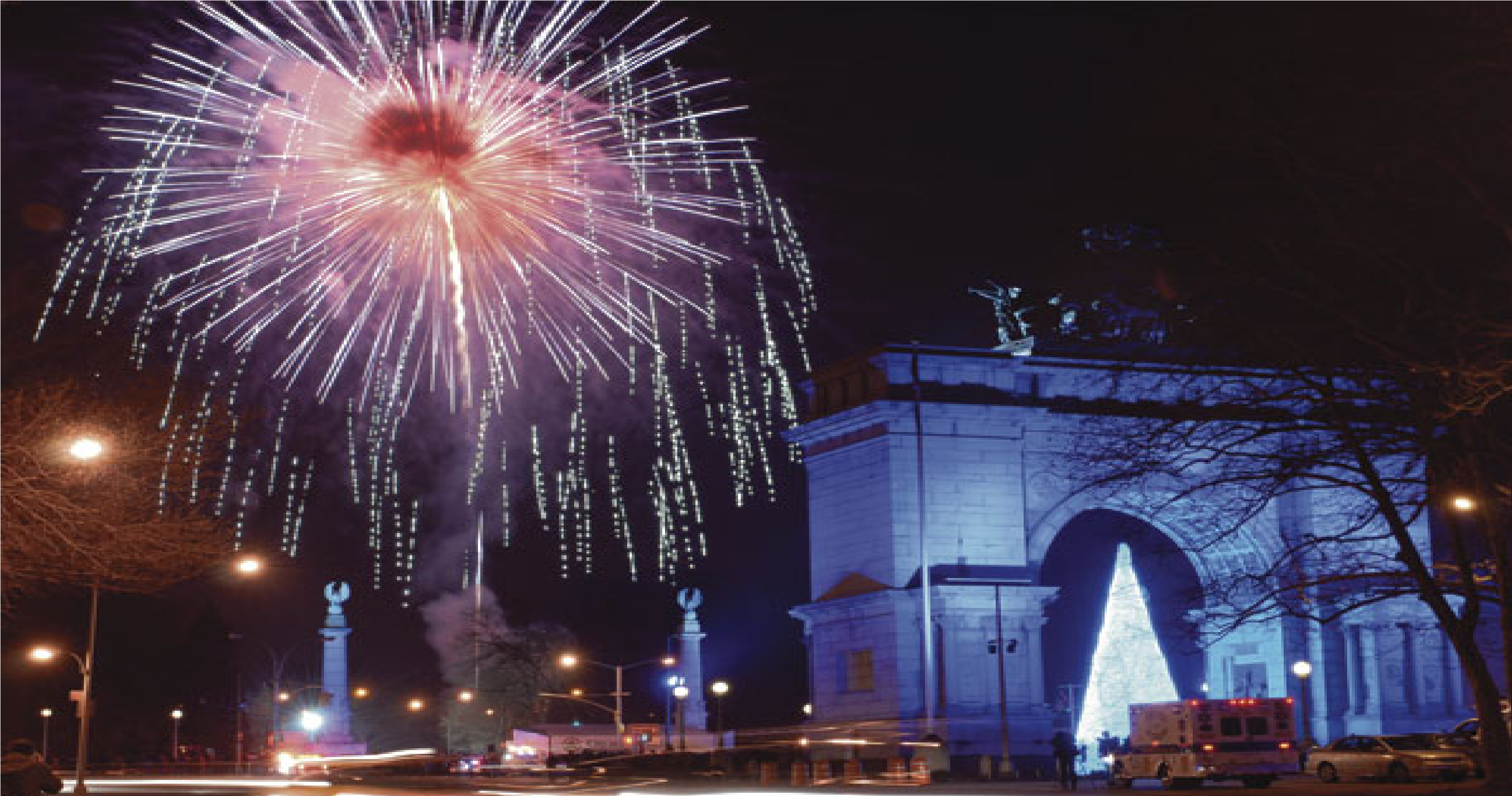 Organized by Brooklyn borough president in alliance with the Prospect Park, it sets off some of the most beautiful fireworks display in NYC.

The backdrop of Prospect Park, Soldiers’ and Sailors’ Arch and the gateway of the Central Branch of Brooklyn Public Library make it a fantastic place for New Year party in New York. The party starts at 11 pm with free hot chocolate and live music. 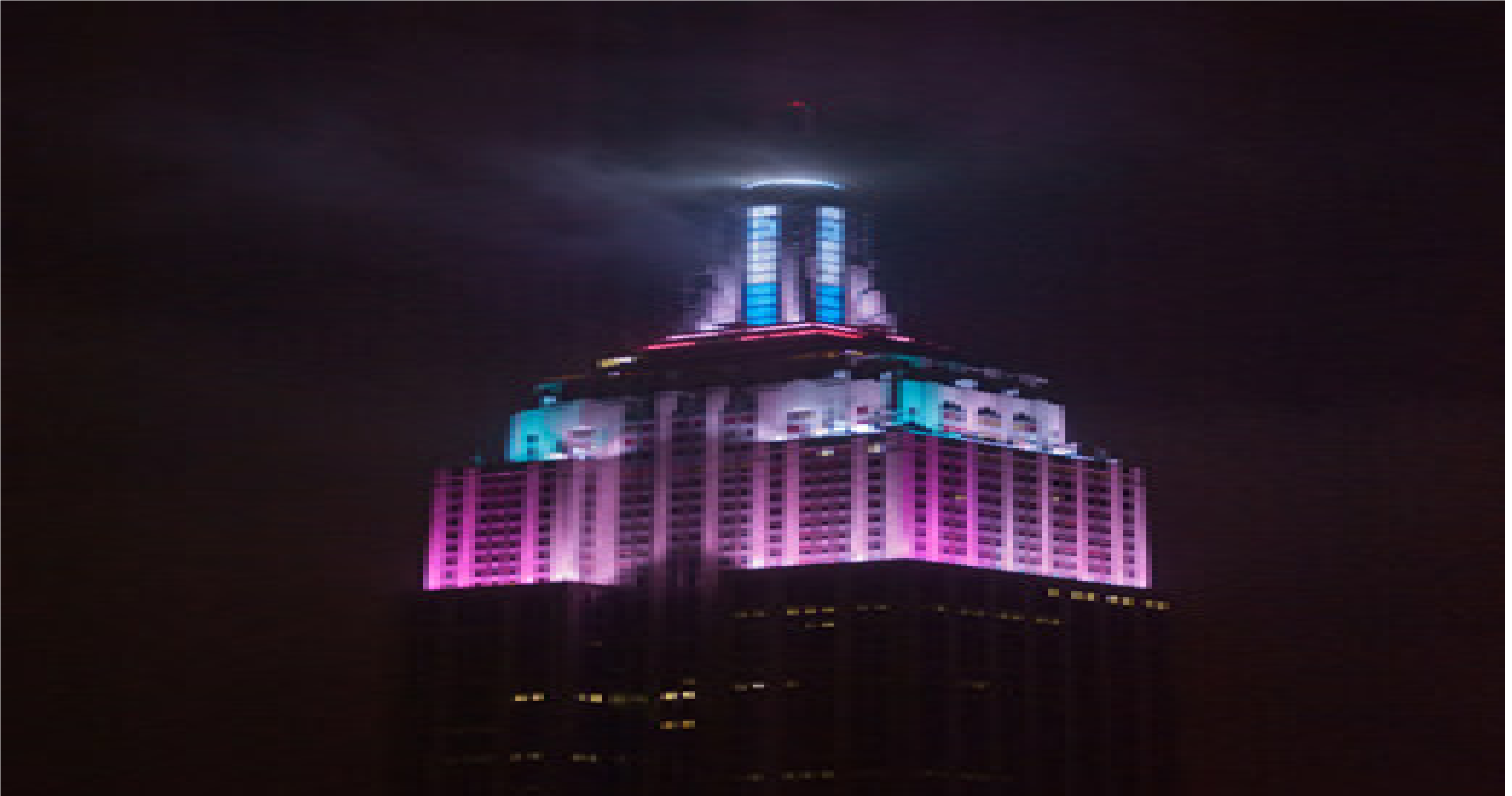 What about taking in all the firework displays at midnight in New York from a single vantage point? Yeah, the Empire State building decorated like a bride is the one we are talking about.

You can observe a panoramic view of the spectacular fireworks set off in the New York from the observatory decks. Heartland brewery- an open bar from 7 pm until midnight- at the Empire State building is a fascinating place for New Year party in New York.

8. Theatrical experience at Sleep No More 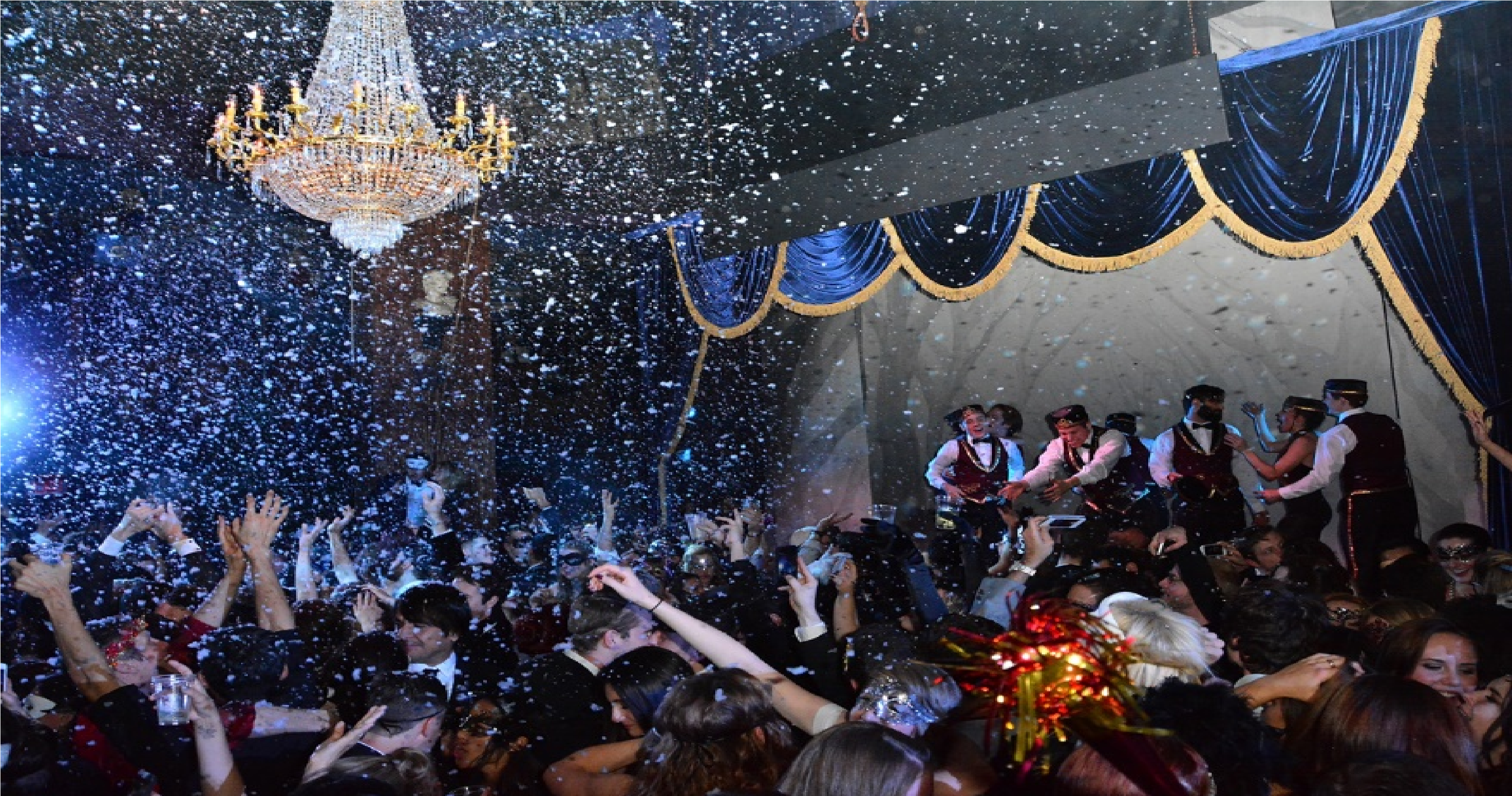 Specializing in holiday celebrations, ‘Sleep No More’ theatre which was opened in 2011, offers an immersive experience.

You can get one of the packages providing a Royal fest, the Winter Masquerade at McKittrick Hotel’s, and an access to the Sleep No More itself. There are strict dress code rules with pre-approved colors for the New Year Eve.

9. Silent celebration with your soul at Jivamukti Yoga Center Jivamukti, situated in Manhattan, organizes an alternative way to welcome the New Year.

Founders David Life and Sharon Gannon open their studio doors for the public to attain a meditation state or ‘Mauna’ until the clock strikes midnight. It is then followed by chanting mantras. A two-hour class and a vegan dinner before the meditation begins can cost the practitioners $108.

10. Concert at Saint John the Divine 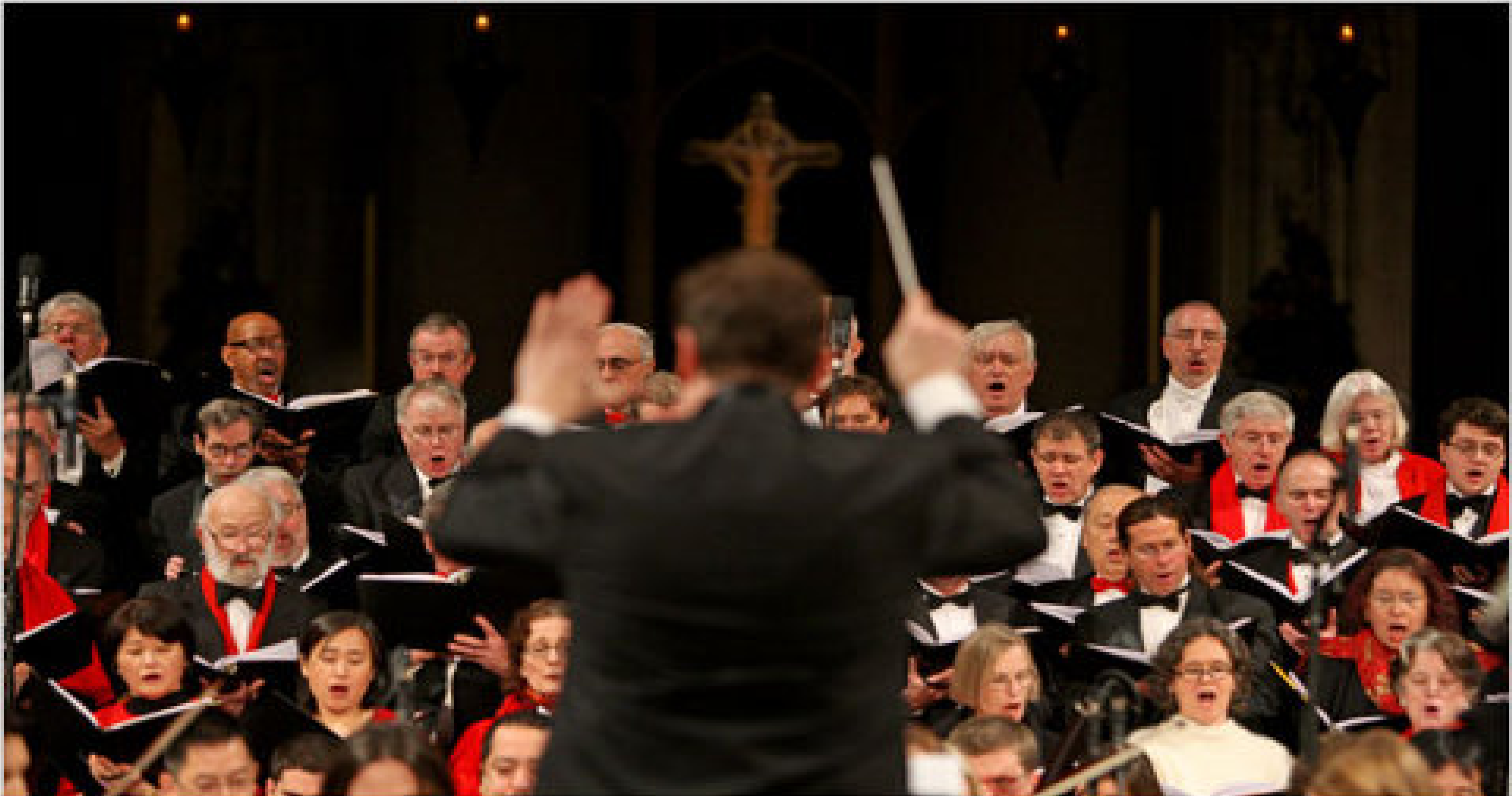 Founded by composer and music director Leonard Bernstein in 1984, it is an annual free concert to embrace the New Year in a reflective way rather than being very loud and very bright. The program begins at 9 pm in the name of the ‘Saint John the Divine’; the largest cathedral in the world.