In India, cricket goes beyond being a sport. As the cliche goes for Indian Cricket, it is a religion. India has always been a sports-crazy nation which gradually evolved into a country that became obsessed with cricket. The love affair of India with cricket seems to be never ending. The country itself has some of the best Cricket stadiums in the world.

Indian Cricket is now dominating world cricket in all formats of the game.

So, sit back, and enjoy some of the greatest moments that the game has produced. These form the epochal moments when history was made and time paused to stand as a mute witness to a glorious cause that inspired the birth of a secular democratic religion called ‘Cricket’ for a nation of one billion hearts! 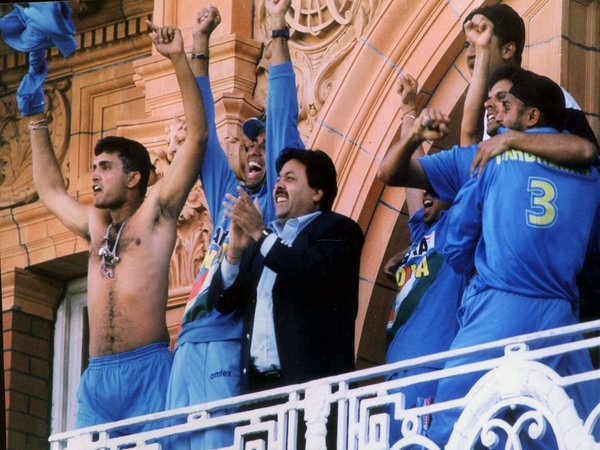 In 2002, India toured England. During the final match of the Triangular NatWest Series at the Lord’s, Yuvraj Singh and Mohammad Kaif played excellent cricket and helped India win the trophy while chasing 325 runs. Immediately after India registered the victory over England in the final, Ganguly took off his shirt in public and brandished it in the air to celebrate India’s victory. He was strongly criticized for tarnishing the “gentleman’s game” image of cricket and disrespecting Lord’s protocol. But, the ‘Warrior Prince’ said that he was only mimicking an act performed by English all-rounder Andrew Flintoff during a tour of India in 2000.

With the 2019 World Cup approaching us, all that the die-hard Indian cricket fans want is to get a chance to cheer for India in the Final match of the tournament on the 14th of July At Lord’s Cricket Ground. Touch wood!

2. When Eden erupted after Tendulkar’s run out 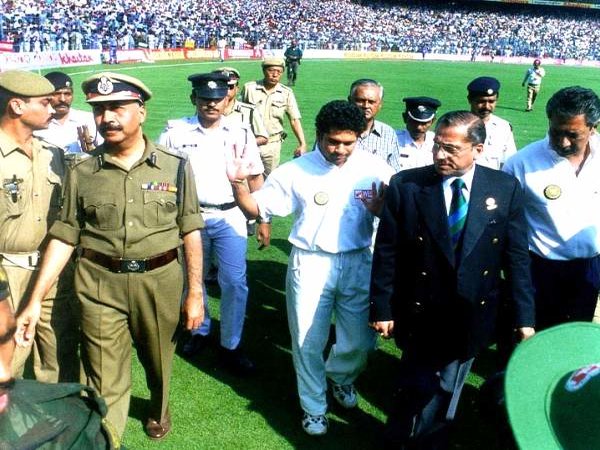 The emotions and the excitement of the Kolkata crowd make this stadium one of the most lively fields for both the home team and especially for the visitors. In the year 1999, team India was against their arch-rivals at the Eden Gardens when Sachin Tendulkar got out due to an unfortunate run out after a collision with Shoaib Akhtar.

Thus, the crowd went all fiery and started a riot at the stadium. Eventually, the entire ground had to be evacuated and the match continued in front of empty stands. In IPL 2008, when Shoaib got 4 for 11 in 3 overs for Kolkata Knight Riders against Delhi Daredevils, the same crowd cheered for him. Just imagine, Eden Gardens cheering for the man they were furious at, in 1999. That’s their love for the sport and Indian Cricket.

3. The moment when Yuvraj Singh smashed six sixes at Kingsmead 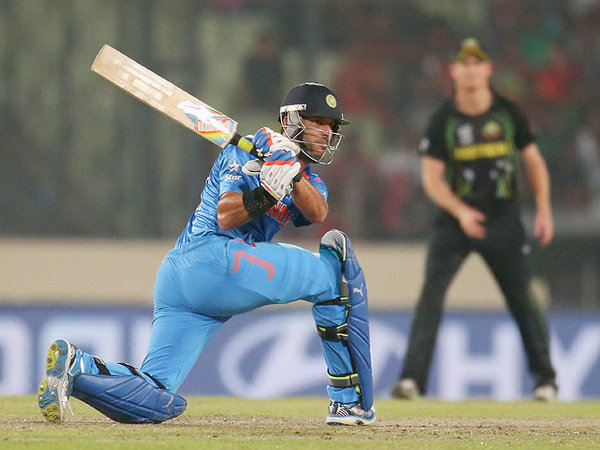 September 19, 2007 is a day that will forever remain special for cricket fans for the feat, which Yuvraj Singh had notched. This is where, during the first edition of the ICC World T20, Yuvraj Singh slammed Stuart Broad for six sixes in an over at Kingsmead in Durban. It is one of the best cricket stadiums in the world in terms of architecture.

This was the moment when Yuvraj Singh created history and made India proud with his six sixes. Yuvraj Singh was adjudged the ‘Man of the Match’. This performance acted as a confidence booster for India in the upcoming matches that helped them to go on and lift the trophy. This innings will always occupy a special place in the heart of the Indian  Cricket fans, and they will cherish these memories till their last breath.
India also won Semi-Final of the ICC T20 World Cup, 2007 at this very stadium. 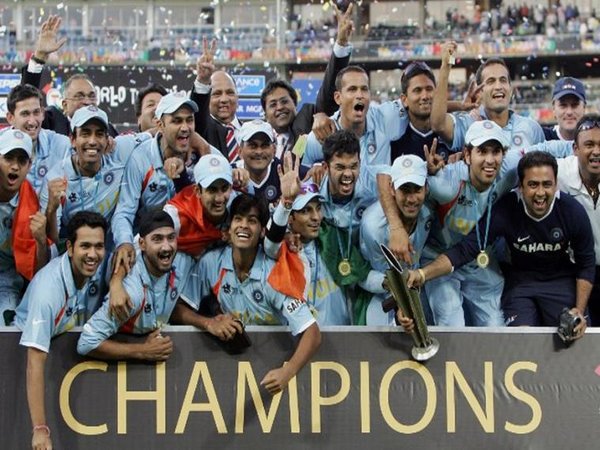 The MS Dhoni-led young and inexperienced Indian side won the maiden T20 World Cup, beating arch-rivals Pakistan by just five runs in the final at New Wanderers Stadium in Johannesburg on September 24, 2007. The victory in the final and India’s brilliant show throughout the tournament (held in South Africa) helped lift the gloom over the Indian cricket that had surrounded after a dismal show in 2007 ODI World Cup. 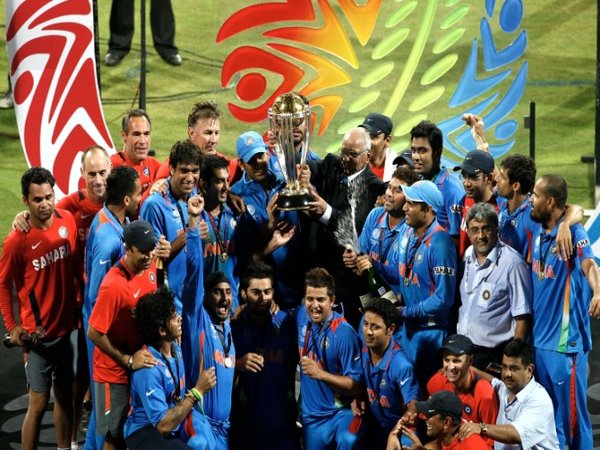 The moment we hear about Wankhede Stadium, we start getting the flashbacks of the 2011 Cricket World Cup Final, in which India defeated Sri Lanka by 6 wickets. 28 years after Kapil Dev had created history in England, Dhoni’s Team India played out a memorable World Cup at home and lifted the cup. The moment is still deeply ingrained in the hearts and memories of Indian cricket fans, when MS Dhoni hit the winning six at this very stadium. How could Sachin Tendulkar retire from cricket without a World Cup? In the recent years the stadium continues to stay in limelight, because of the home team Mumbai Indians owned by Mukesh Ambani in the Indian Premier League (IPL). 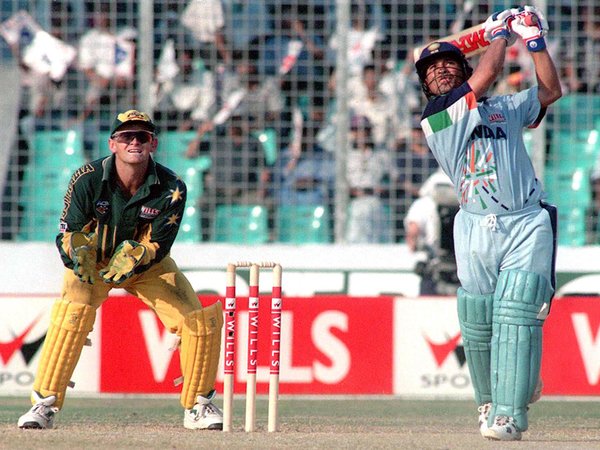 Sharjah Cricket Stadium is also well known because of Sachin Tendulkar’s back to back centuries against Australia in 1998 (popularly known as ‘Desert Storm’). He hit back-to-back centuries almost single-handedly to take India into the finals and was at his majestic best on his 25th birthday. This was a match not even the most die-hard Indian fan would have rued India’s loss. Yes, India lost, but Sachin won millions of hearts with his incredible batting. There was joy even in the defeat. India lost the match by 25 runs in the end, but that did not matter. There was only one winner that day for the Indian Cricket Fans: Sachin Tendulkar!

7. Kumble’s 10 wickets in an innings at Feroz Shah Kotla Stadium 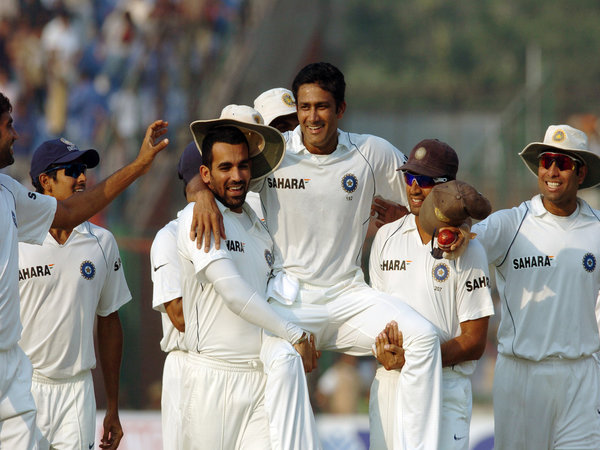 On February 7, 1999, legendary Indian spinner Anil Kumble captured all 10 Pakistani wickets in the second innings of a Test at Delhi’s Feroz Stadium. On the fourth day of the Test, Kumble took two hours and 22 minutes to enter the record books with 10 for 74. The leg spinner’s magical bowling not only helped India win the match by 212 runs, but also rewrote history. In Delhi, Kumble became the second man to get 10 in an innings after Jim Laker, as the Englishman took 10-53 against Australia in Manchester in 1956. 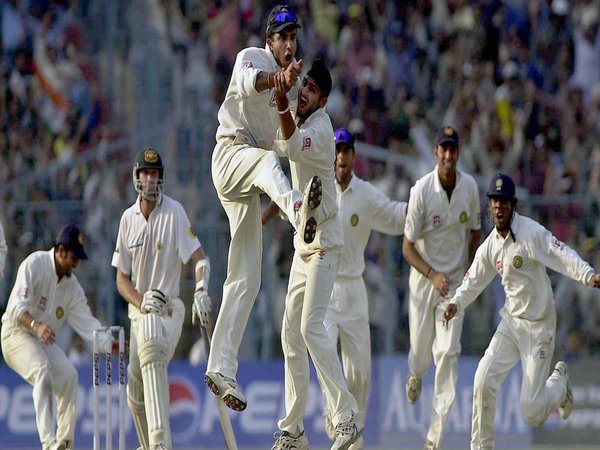 Harbhajan Singh became the first international bowler to take 30 wickets in a three-match series in 2001. He claimed 32 wickets against Australia and almost single-handedly won the Border-Gavaskar Trophy for India. During the second Test in Kolkata, the 20-year-old spinner recorded a hat-trick. The first by an Indian in Test cricket, by sending Ricky Ponting, Adam Gilchrist and Shane Warne back to the pavilion in three successive deliveries.

No matter what happens in the next 20 to 30 years from now, whether India takes on the world with the same intensity they play cricket and cheer for the national team or take a rather steady approach towards the economic growth of the county; Cricket is here to stay. And the passion for this game will surely take a lot of Indians to most of the Pilgrimage sites of the Cricketing world mentioned above.

Inspired much? The time is now to visit these beautiful cities and relive these magical moments that created history and made India proud. Not many things can top the atmosphere at a great cricket stadium and many are worth the trip before you even begin to consider attractions in the surrounding areas.

List of countries you can visit with a valid US visa